We recently had the chance to speak with Kacie Merkel, the head teamaker at Minto Island Tea Co., an organic, small-batch domestic tea farm in Salem, Oregon. Merkel is the creative mastermind behind our new No. 203 Oregon Red Reserve Series Tea: part of Smith Teamaker’s very first domestic tea offering. Kacie came to tea making as a novice, but has quickly mastered the craft through practice, determination and respect for the tea plant (Camellia Sinensis). Kacie and her family live on Minto Island Farms, and are deeply involved in every stage of the production cycle, from seed propagating new crops to harvesting them and sharing them at their table. 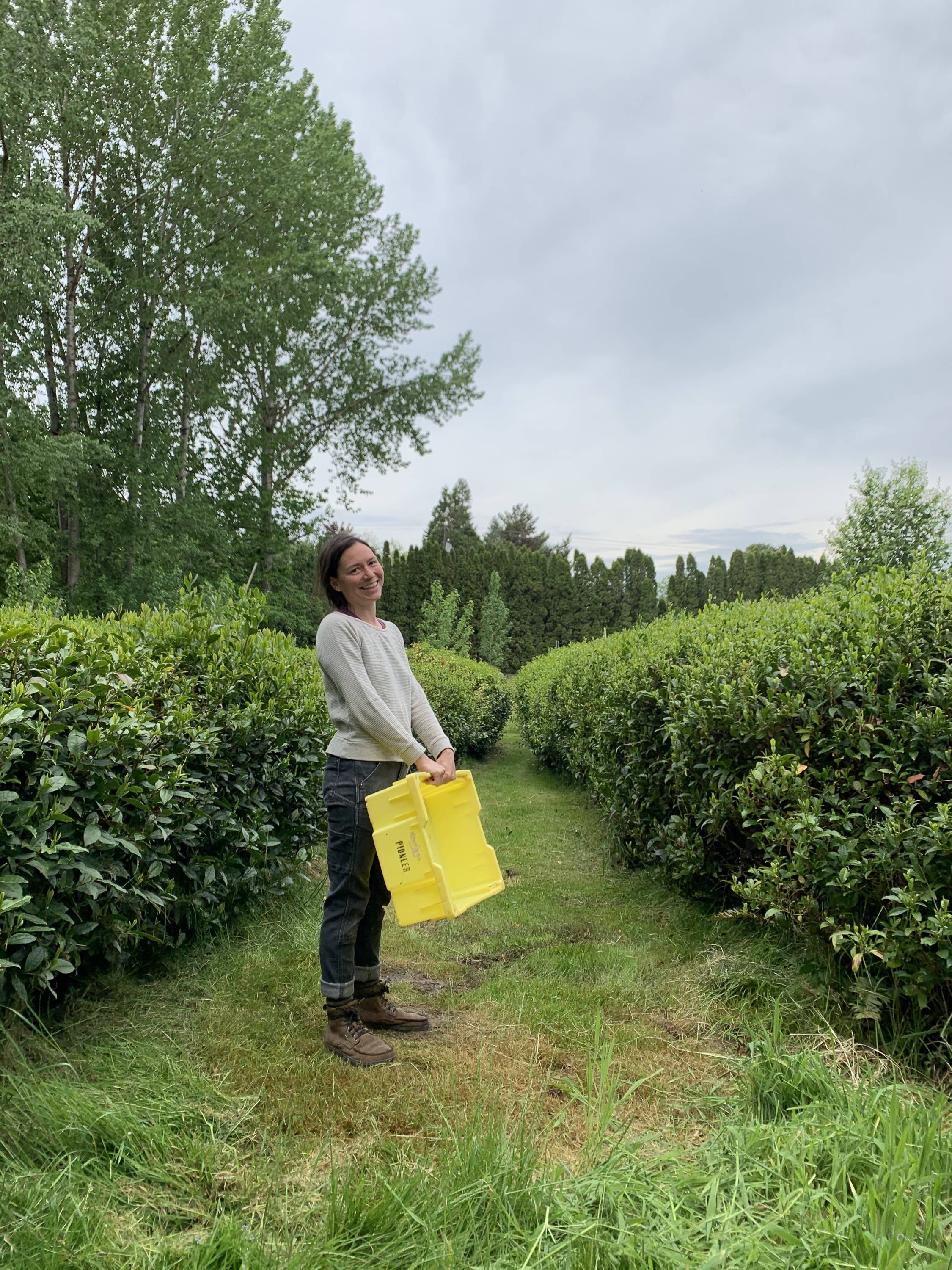 How did you get into teamaking? Where did you accrue your experience as a teamaker?

I started working at Minto Island Growers when I moved to Salem several years ago. I ran the farmstand for a season and worked on the farm crew part time. The owner, Elizabeth Miller, asked me if I wanted to start making tea, because during that particular season, Balazs Hanger––the first teamaker to make really good tea out of the leaf here––was taking a hiatus from Minto Island Tea Co. I said “sure,” not really knowing what I was getting myself into. All I had by way of instruction was some literature from the internet about processing tea at home, and some notebooks that Balazs and Elizabeth had written up during previous harvest seasons. The tea I made that year probably wasn’t spectacular, because I was learning how to work with the leaf, and the timing and coordination that’s involved in the process, but I made it! This is my 4th season making tea, and I’ve learned so much about each step of the process every year. We do everything by hand right now, which is very traditional. But in a few years when we have more material to work with, we’ll have to strategically incorporate some more mechanical processes.

Tell me about Oregon Red. What’s unique about the tea bushes and processing techniques you used to make this tea?

Oregon Red is created from the leaves of mixed-genetic cultivars that were derived from our mother tea plot, which was planted more than 30 years ago. This tea is completely unique to the tea plants and terroir here at Minto Island Tea Co. It bears our signature, in a sense. Having mixed cultivars on a tea farm can be difficult to manage, because not all of the tea bushes “flush” (produce new growth for harvest) at the same time. Having many different tea cultivars can make it difficult to maintain a “tabletop” (flat) canopy, which also makes harvesting more difficult. But the eccentricities also make our farm and our tea more unique.

What else is special about the Minto Island tea farm?

Minto Island Growers specializes in organic produce: our CSA program offers 100% organic fruits, vegetables and herbs, and we run a farm stand and a food cart which highlight the seasonal diversity of our farm. Our farmers have expertise in native plants, crop rotation, companion planting, cultivating biologically active soil, and controlling pests without resorting to harmful pesticides. We’re really a hub where Salem locals can gather and form stronger communities. People come here to connect to nature and their food.

How do you people typically respond when you tell them you’re making tea in Oregon? What kind of reactions do you get?

Most people don’t know that tea can grow in Oregon. They often say they’ve never tasted tea like ours, especially our black teas, which has an especially gentle, floral character. So many folks are used to drinking black tea with cream and sugar, but ours is sweet just the way it is because of Oregon’s terroir and the fact that it’s hand-processed.

What are the qualities a person needs to possess to be a good tea maker?

Determination, love, passion, whatever you want to call it. Like any craft, it’s all about practice. There’s a basic recipe, just like with cooking, but you need to be able to adapt and play with all the variables once you understand what’s happening during each step of the process. You have to keep trying new stuff and be ready to fail or succeed.

I’m bad at sitting and drinking tea because I’m such a walker. I usually make a cup of tea in a thermos and walk around enjoying the sights and sounds of the farm.