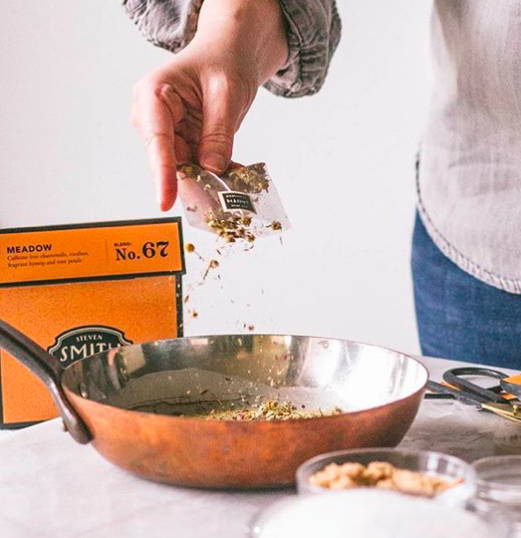 Curiosity, creativity, and experimentation are cornerstones of our legacy here at Smith Teamaker. We miss sharing our creations with you in our tasting rooms, so we decided to take a little time this week to explore some of our recipes that can easily be enjoyed at home. We’d like to challenge you to challenge your friends or family members to a remote bake-off, or to enjoy Teatime or a zero-proof happy hour together via video chat. Whatever can bring us closer together during this time of separation. 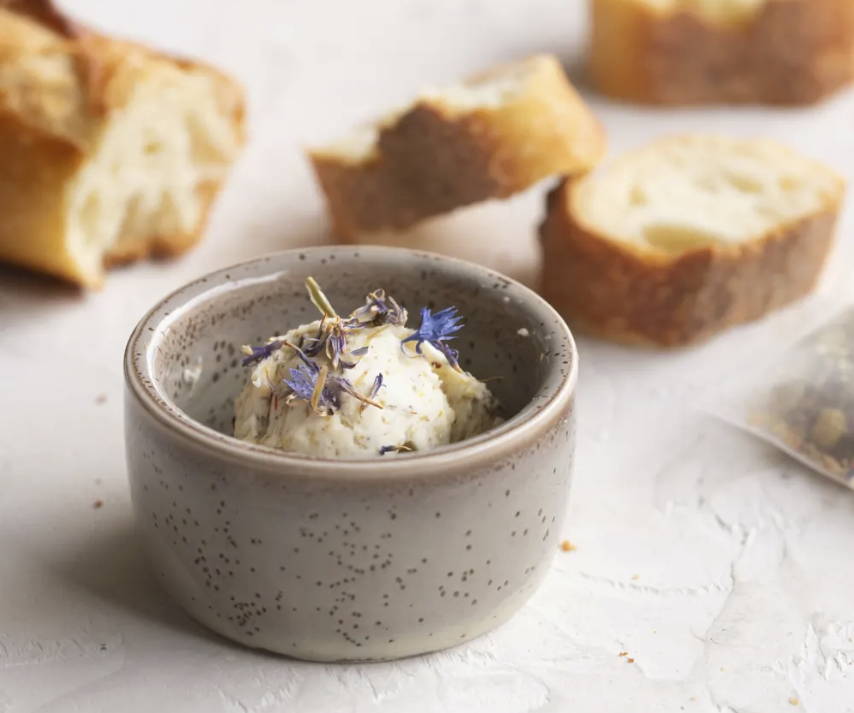 With #quarantinebaking trending on social media, we decided to revisit some of our most decadent, delicious, and comforting confections from the past year.

Meadow Butter: Smith Teamaker’s creative Tea-mate, and Portland Monthly Chef of the Year Karl Holl, invented this spreadable version of apple pie seemingly out of thin air. We’ve been serving it in our tasting rooms ever since, but we would never deprive our fans of the recipe. Plus, it’s fairly simple. To start with you’ll need some No. 67 Meadow, the beauty-queen of Steven Smith’s proverbial pantry.

Our Chamomile-based infusions are bursting with notes of apple and honey, because they’re sourced from esteemable chamomile farms in North Africa, rather than Eastern Europe (where chamomile typically tastes more of hay or alfalfa). Our No. 67 Meadow blend also contains rooibos, rose petals, and hyssop, which bring notes of honey, vanilla, citrus, and baking spice into the mix. 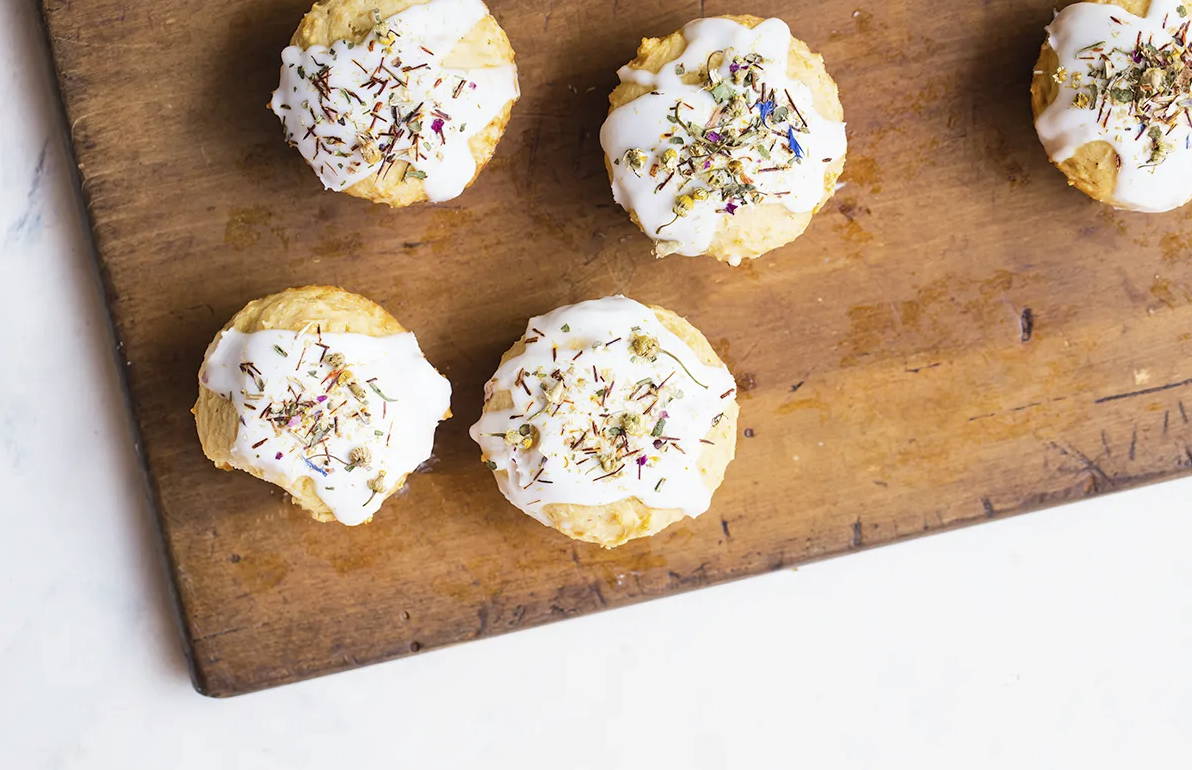 Meadow Honey Muffins: You’ll want to set aside some of the No. 67 Meadow from your Meadow Butter for these scrumptious muffins, sure to receive Blue Ribbons all around, even in a remote bake-off. Ready to eat in under an hour, these muffins are honey-sweetened, delightfully floral, and glazed with a rich, healthy-ish coconut frosting.

Check out the recipe here, and consider pairing these delectable treats with one of our exquisite black teas. For a nice contrast, we’d recommend our golden-tipped No. 9 Yunnan, our horsetail pine-smoked No. 92 Zheng Shan, or our No. 55 Lord Bergamot––the world's preeminent Earl Grey tea. 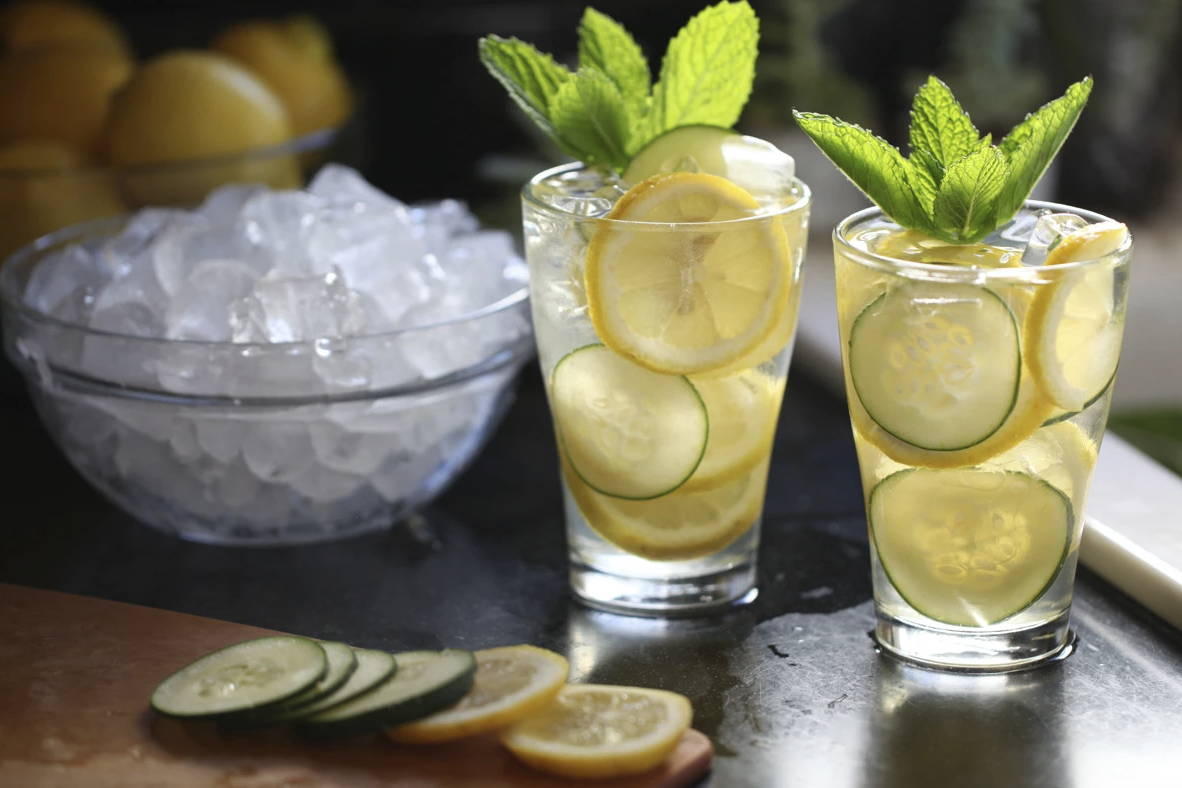 This simple infusion is just as suited to fueling a day of Working From Home, as it is to supercharging a yoga-session or a quarantine detox. It’s also loaded with immunity boosters, like Vitamin C, antioxidants, and L-theanine, a naturally occurring amino acid found primarily in tea leaves. You can add this effortless recipe to your bookmarks by clicking here. 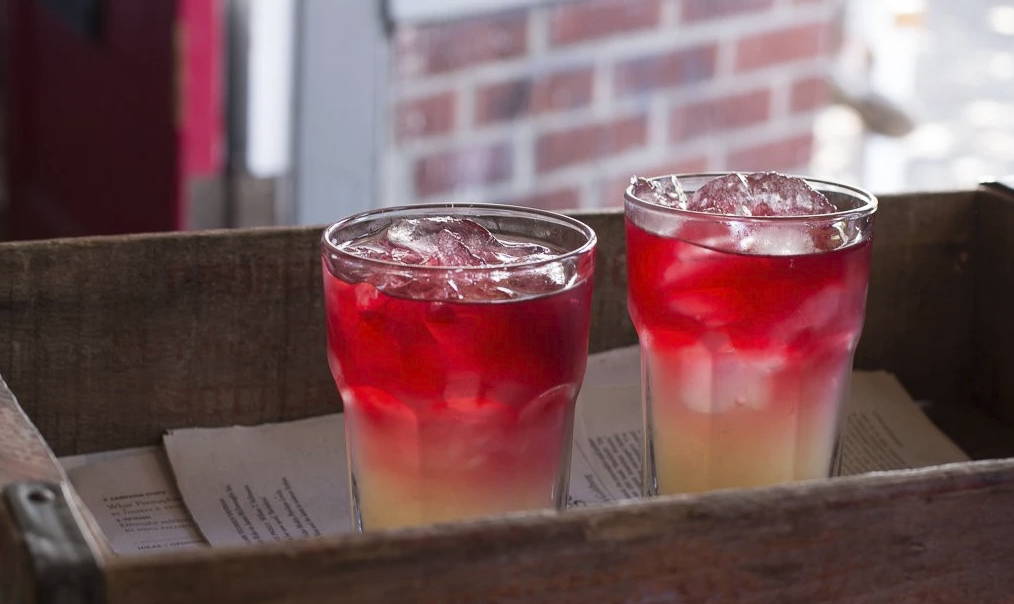 Big Hibiscus Lemonade: We’re still coming up with new concoctions to sip on with our bold yet versatile No. 24 Big Hibiscus Iced Tea. Boasting vivid flavors of citrus and hibiscus, as well as delightful undertones of ginger and vanilla, our Big Hibiscus Lemonade recipe is the perfect beverage to pair with any sun-bathed activity.

Bring on the vacation-vibes by firing up a grill-session on the porch, or kick back on the lawn with a good book as you indulge in this stunningly flavorful, camera-ready lemonade variation. What’s more, lemon juice and hibiscus are both packed with Vitamin C and antioxidants, both of which are known to fortify the immune system. You’ll find an easy-to-execute recipe and video tutorial here.